What is a hookah pen?

“What is a hookah pen?” is a question we receive daily.

To give you a very simple answer, a hookah pen is a flavored electronic vaporizer.

Depending on the brand and design of the hookah pen, it can be mistaken for an electronic cigarette. While they technically function the same way, make no mistake, they are different.

How Does A Hookah Pen Work?

Hookah pens and e-cigarettes are very much the same when it comes to their construction and overall aesthetic, (we have included an image below).

Hookah pens are long, thin objects resembling a pen (funny that). They come in different sizes but the most common size is about the same as an ink pen. Some hookah pens will come as one complete unit, others will have two or three different components. Most hookah pen users prefer a buttonless hookah pen that is automatically activated by inhaling. However, there are options with buttons available.

The taste depends on your chosen brand, but it can often be potent and powerful. In my opinion, most flavors are similar to the Now-and-Later fruit-flavored, taffy-like candy but in vapor form. The flavor options are limitless. I have seen the flavors get as crazy as vitamin D. Does anyone really know what vitamin D tastes like? My point exactly.

What Are The Ingredients In A Hookah Pen?

The third ingredient is artificial flavoring. This is what provides the flavor that you taste.

What Can I Do With A Hookah Pen?

Users can do a lot with hookah pens. Some may use hookah pens to learn hookah smoke tricks such as Smoke Rings, French Inhale, or take cool “ghost” like pictures to share with their friends.

How Long Does It Last? 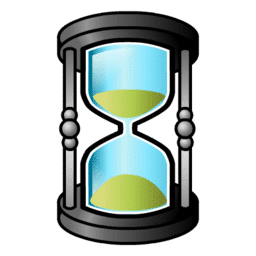 It depends. Hookah pen “lifespans” are measured in puffs or battery life. Some brands may last up to 400 puffs, some 500 puffs, and some offer even more. One puff is estimated to be the equivalent of a one-second drag. As long as you take care of your hookah pen you will enjoy the maximum, or close to, the number of puffs your disposable hookah pen offers.

Rechargeable hookah pens are measured by battery life. If the pen is properly taken care of, it can last for much longer than you probably need it to. Most people measure a rechargeable hookah pen’s lifespan by the amount of constant use they can get out of it before it dies. Once again, this varies by brand.

Where Can I Smoke It?

Hookah pens can be used ALMOST anywhere. Always check the rules and laws that are relevant to your location. Some locations prohibit the use of any smoking device.

Regulations around hookah pens are scattered. For example, you can smoke them at any place where cigarettes are allowed. However, some places that do not allow cigarette smoke will allow hookah pens, while it is probably not advertised. The best way to learn if you can smoke at a private location would be to ask the owner or person in charge. Sometimes by speaking to the owner or person in charge, the rules may be bent especially for you.

How Much Does It Cost? 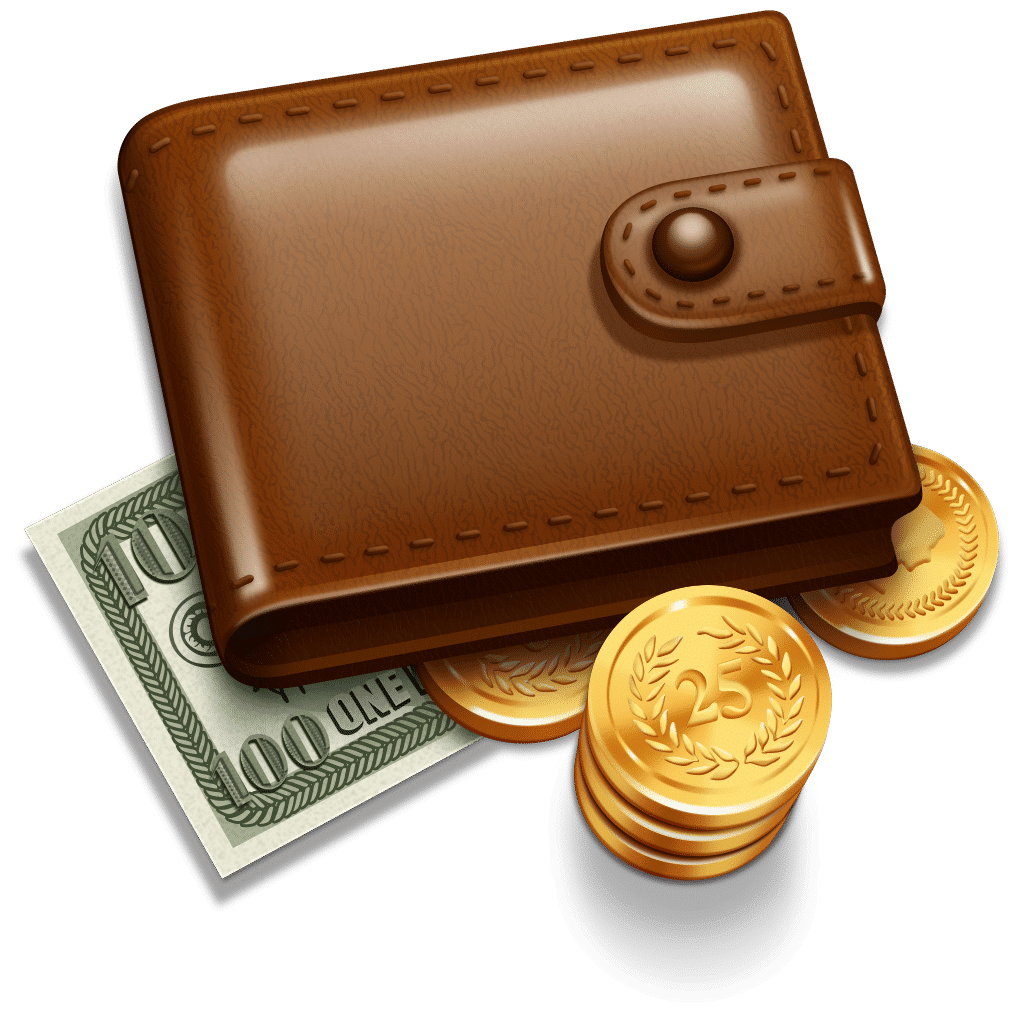 The answer to this question varies with each brand you choose. The price range for most disposable hookah pens is between $5.99 – $19.99.

In my opinion, they are very affordable. However, I wouldn’t recommend purchasing one as cheap as $5 as low price often equals low quality. On the flipside, I’ve seen some hookah pens sell for hundreds of dollars. My best advice here is to look for customer reviews and go with the “gut feeling” you get when you know you’ve found the right one.

Why Use A Hookah Pen?

A hookah pen is a great alternative if you like to smoke but do not want to smoke cigarettes or traditional hookah. They’re also great if you want to learn smoke tricks like smoke rings or a french inhale.

For those that smoke cigarettes, you might prefer a hookah pen due to the fact that most do not contain the addictive chemical nicotine. In case you don’t know what nicotine is, here’s the definition:

Nicotine (Noun) – A toxic, colorless or yellowish oily liquid that is the chief active constituent of tobacco. It acts as a stimulant in small doses, but in larger amounts blocks the action of autonomic nerve and skeletal muscle cells.

Pros and Cons of Hookah Pens

Because there are many different brands of hookah pens, the pros and cons may vary.

Pros of Smoking A Hookah Pen

An example of a hookah pen in action:

Female Friend: “Hey, what are you doing?”

Me: “Nothing much, just driving and smoking my hookah.”

Female Friend: “Your smoking hookah while driving!? Be careful!”

Me: “Don’t worry, it’s a hookah pen by Everyday Hookah …they’re made for these type of situations.”

*That’s based on a true story* (Not Really)

Ready for the cons?

Cons Of Smoking A Hookah Pen

If after reading this post you’re still unsure if hookah pens are right for you, I say give it a try. At the cost of $9.95, it’s not an expensive test. You never know, you might enjoy it.

If you feel there are more pros or cons, comment below and let us know!

If you are interested in purchasing a hookah pen, you can visit our hookah pen shop.

Nicotine-free hookah pens tend to have much smoother smoke than those with nicotine. When smoking anything with nicotine, you will notice a mild-to-harsh “hit” or burn in your throat. For most non-cigarette/tobacco smokers, this will be an uncomfortable surprise, making you want to get rid of that hookah pen. Smoke from nicotine-free hookah pens will go down smoothly. You may even notice an increase in flavor due to not being distracted by the harsh burn in your throat.

Nicotine Is Addictive and Deadly

Nicotine is a very addictive chemical, traditionally found in cigarettes. This chemical will cause you to slowly become dependent on it. Depending on your goals, this may be something you’re interested in, but for most, this is a chemical you will want to avoid.

Here’s some more information on nicotine from WhyQuit.com

Nicotine is the tobacco plant’s natural protection from being eaten by insects. Its widespread use as a farm crop insecticide is now being blamed for killing honey bees. A toxin, drop for drop, nicotine has proven to be as lethal as strychnine and three times deadlier than arsenic in animal studies.

Make Sure To Do Your Research

Where to buy a hookah pen?

If you are just looking for regular, cheaply made, possibly defective hookah pens…you can find those almost anywhere on the internet. If you are looking for premium hookah pens with a money back guarantee, fast shipping, awesome customer reviews, and made using high quality ingredients, then Everyday Hookah is the place you’re looking for.

Too many potential users hear about hookah pens and quickly buy the first product they see without taking the time to read about the pros and cons or read/learn about the company they are purchasing from.

Most hookah pens on the market in the United States today are generic and very low quality. They are created with only one purpose: to make money. They take advantage of impulse shoppers by offering a “lower-priced alternative” to make shoppers think they are getting a sale when really, they are luring users onto a slippery sheet of ice that could collapse at any moment.

This type of business strategy makes all brands look bad when someone orders a cheap imitation, or gets hurt from a faulty device. So, do both of us a favor and next time you’re shopping for hookah pens, purchase from a reputable brand by doing your background research on the company.

These tips will not fully prevent a generic hookah pen purchase but by following them, I am confident that you will gather more information that will help you choose the best, safest and most worthy company to buy from.

We recommend going to our hookah pen store and looking to see which product fits you best. All of our hookah pens are nicotine-free and professionally created with high quality ingredients to ensure consistent, thick smoke and lots of flavor. We also include free hookah pen trick tutorials with each purchase.

The hookah pen industry is still new and young so expect a lot of changes within the next few years. We expect electronic hookah to be the future of hookah smoking. What do you think?

Note: to purchase a hookah pen you must be at least 18 years of age in the United States and of legal age if you reside in a different country.